Santa Claus has been featured in countless Christmas specials over the years, but they are not created equal. Sometimes Santa is sugary sweet, and sometimes he is just plain strange! It’s time to celebrate the best of the best Santas in pop culture history! 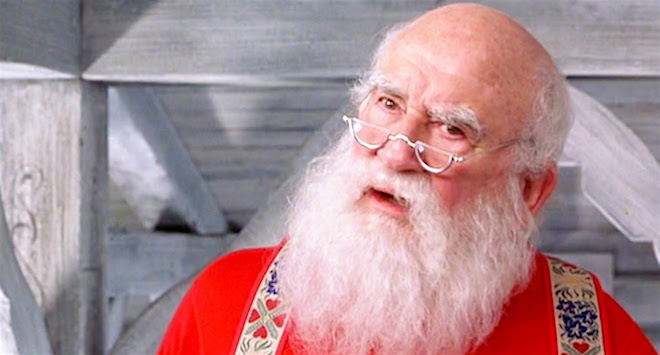 When Buddy the Elf decides to got to New York City to meet his real dad, Santa is one of the first to give him advice:
“Well, there are some things you should know. First off, you see gum on the street, leave it there. It isn’t free candy.”

Ed Asner plays a tough as nails Santa with a heart of gold. He is stern yet supportive, and he genuinely cares about his North Pole colleagues and friends.

Paul Frees in Frosty the Snowman 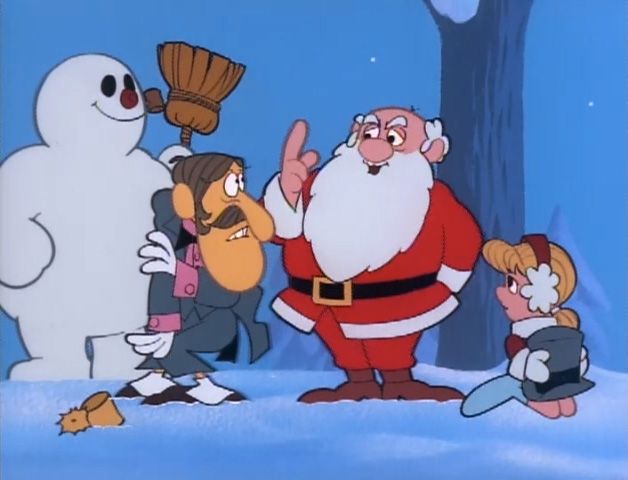 Santa in Frosty the Snowman is a no nonsense kinda guy – and he speaks a fluent rabbit. He is sweet to Karen, and is old friends with Frosty, but when he confronts Professor Hinkle he is all business.

“Now you go home and write “I am very sorry for what I did to Frosty” a hundred zillion times. And then maybe – just maybe, mind you – you’ll find something in your stocking tomorrow morning.”

He intends for the nasty magician to learn his lesson, but is willing to give a second chance if he makes an effort.

Annabelle’s Wish is arguably one of the oddest Christmas shows ever made, but how can you not fall in love with the sweet little calf who wants to be a reindeer more than anything in the world?

Santa gives gifts to humans and animals alike each year to those who deserve it. When Annabelle sacrifices her gift for a friend he ~spoiler alert- grants Annabelle her wish!

Tim Allen in The Santa Clause

Throughout the three movies in The Santa Clause franchise, we see Scott Calvin go from being a selfish human to a selfless Santa. Even when he fully embraces his life as the new Santa, he is not without his faults, but he still works hard to keep his family together.

“Merry Christmas to all, and to all a good night! And when I wake up in the morning, I’m getting a CAT scan!”

Mickey Rooney in Santa Claus is Comin’ To Town

Mickey Rooney is the OG Santa. This stop motion animation tells the story of how Kris Kringle became Santa Claus.

He is a resourceful, cheerful and optimistic Santa who finds creative ways to bring toys to the children of Sombertown when the Burgermeister outlaws them. With the help of his animal friends, the Kringles and Jessica aka the future Ms Claus, they create the Christmas traditions we all know and love!

Festive Fact: Paul Frees, Santa from Frosty the Snowman, is the voice of the Burgermeister!