December is a magical time for TV. Television shows take a break until the new year, but before they do – it’s time for Christmas specials! As we have mentioned before, the 90s was full of awesome sitcoms, but hilarious Christmas gems are still being produced by our favourite shows in modern times. We have picked some memorable Christmas episodes from the best comedy shows from the past decade (give or take a couple years)!

The Office: Christmas Party
Over their nine seasons The Office had some fantastic Christmas specials but our favourite is Christmas Party. In this episode Michael Scott turns the $20 limit on Secret Santa on it’s head when he buys Ryan an iPod. When Michael receives a homemade gift from Phyllis, he turns declares Secret Santa is now Yankee Swap, which causes some Christmas chaos.

Parks and Recreation: Christmas Scandal
It isn’t Christmas until a scandal breaks out! In Christmas Scandal, Leslie Knope goes from running a  Christmas Village, to performing  a skit that unintentionally looped into a fake sex scandal, to mooning the town on live TV to clear her name. Bonus points for April and Andy trying to find the perfect gift for April’s gay boyfriend. 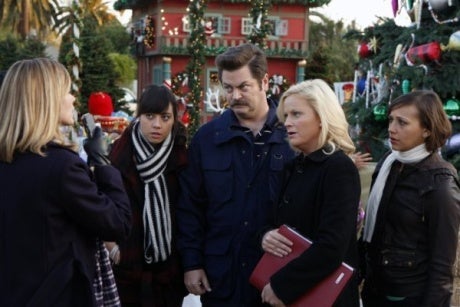 Brooklyn 99: Yippie Kayak
Any fan of Brooklyn 99 knows that Jake Peralta’s favourite movie is Die Hard, and his wildest dreams come true when he finds himself in a Die Hard-ish situation on Christmas Eve.
“Oh my god — it’s real-life Die Hard! . . . I mean, Oh no! Crime.” 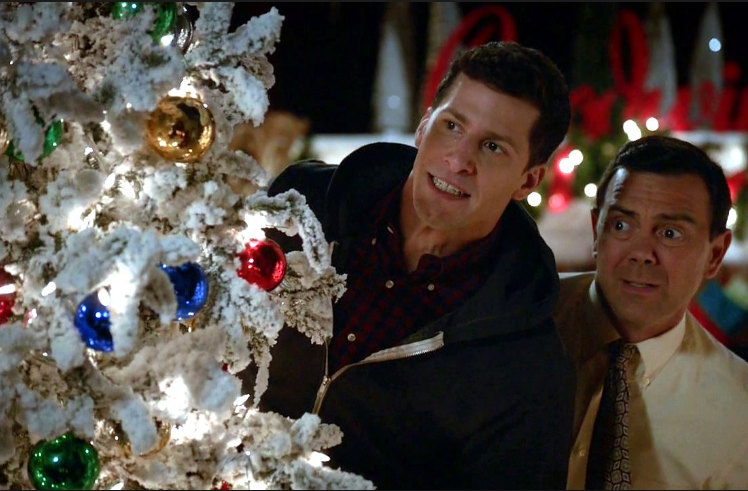 Community: Abed’s Uncontrollable Christmas
We were so excited when we saw that Community made a stop-motion Christmas special, in the style of Rankin Bass classics like Rudolph the Red Nosed Reindeer and Santa Claus is Comin’ To Town. It starts Chevy Chase and even includes some songs! But be careful, it’s not for kids! 30 Rock: Christmas Special
You can’t choose just one 30 Rock Christmas show because Elaine Stritch is fantastic in all she appears in. Her brutal honesty and strange views on the world make her a wonderfully out-there character. Watching her torment Jack is a true Christmas gift.

“I showered her with gifts. She called them adequate. It was a Christmas miracle.” – Jack Donaghy 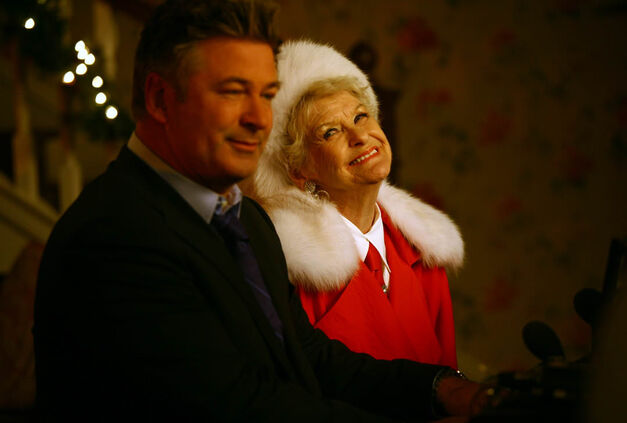